Marquez: Five days ago I wasn’t able to walk 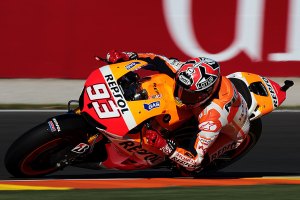 Marc Marquez will start his MotoGP title defence under less than ideal circumstances at Qatar this weekend.

Having fractured his lower right leg while dirt track training in February, the Repsol Honda star missed out on two of the three pre-season tests.

The Spaniard is still far from fully fit, having only been able to bear weight on his leg for the past five days, and admitted that it will only be when he gets back on the bike in opening free practice that he will fully understand his condition. 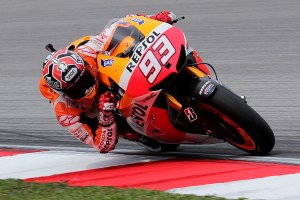 “The leg is getting better and at the moment it’s quite good,” said Marquez. “We’ll see on the bike if it disturbs me. I’m looking forward to the start of the season because the winter time is maybe too long! I hope that the injury will be OK on the bike and as always step by step we’ll try and improve and get better and better. Five days ago I was not able to walk but now it’s coming better.”

Having broken his leg between the Sepang tests Marquez admitted that being sidelined was frustrating for him as he saw his rivals on track. Adding to his frustration was his inability to train fully since the accident and going to the opening round clearly with ground to make up on his rivals:

“It was difficult to be at home [during testing] when the other riders were doing many laps but anyway my physical condition is not 100% because with the injury I couldn’t train. Race distance will be difficult but I feel OK and feel motivated.”

Marquez finished third on his MotoGP debut at Qatar one year ago.