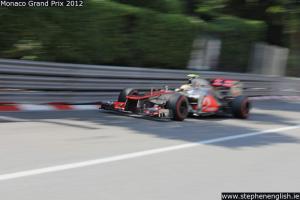 With ten laps to go Lewis Hamilton found himself in third position in the Canadian Grand Prix and chasing Fernando Alonso and Sebastian Vettel for the victory.

Armed with much fresher tyres, Hamilton’s two stop strategy was at odds with the one stop that both his rivals tried to utilise, the McLaren was over one second a lap faster as he closed down their 12s lead with ease.

The fresher rubber gave Hamilton a key advantage at every corner with the McLaren firing out of corners and easily able to drive past first the Red Bull and then the Ferrari. For Vettel the writing was on the wall and it was clear that he needed to make a second stop to switch to new tyres while Alonso persisted on his aging rubber. Vettel resumed in fifth position with Alonso in front battling to stay on the podium. 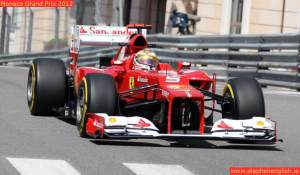 In the space of four laps Alonso lost the lead to Hamilton and both Romain Grosjean and Sergio Perez were able to move past the Spaniard and claim positions on the podium. On the penultimate lap Vettel also forced his way past, with a late braking move into the hairpin, and Alonso found himself in fifth position.

The result marked Hamilton as the seventh different winner from the opening seven races as the start of the Formula 1 season continues to set new records.

The season has opened with a series of thrilling races but the finish to Sunday’s race was arguably one of the most exciting in years. Even though the Pirelli tyres have played a key role in races for the last 18 months to see Hamilton move from third to first in the space of only a handful of laps right at the end showed the strength of the sport right now. 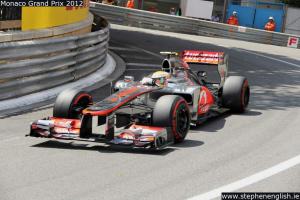 It also perfectly illustrated just how much Hamilton has matured so far in 2012.

Hamilton has always been known as one of the most dramatic racers and one that in recent years has been liable to making costly mistakes.

Last year the Englishman had a series of clashes on track and it seemed at one point that he would struggle to regain the composure that marked his early seasons in the sport. 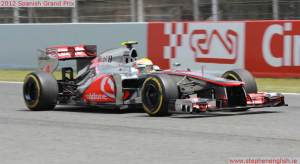 This season however Hamilton has shown a maturity that has been beyond most of the grid. He opened the season with a series of third place finishes but it was mistakes by the team, costly pit errors or strategic missteps, which seemed to be halting his championship charge.

When race wins were out of reach he simply claimed podiums or as many points as possible. After last year he has clearly recognised that scoring points in each race is the most efficient manner to construct a championship challenge. 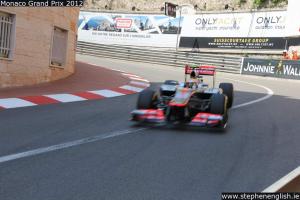 Canada showed that when race wins are possible Hamilton will rise to the occasion but it is was his consistent and calm approach to the proceeding six races that has given him the championship lead.

It was interesting to note once again the contrasts between Hamilton and his McLaren teammate, Jenson Button so far this season. While we are used to seeing Hamilton as the aggressive driver and Button as the smooth and consistent one the season so far has seen their roles reversed to a certain extent.

Hamilton has been mistake free and able to maximise the highly degradable tyres while Button has struggled throughout the campaign to utilise the Pirelli tyres. Canada showed again just how much Button is struggling with the tyres right now.

For the entire weekend he was off the pace and struggling to get performance from the tyres and spent the race fighting in the midfield whereas Hamilton was battling for the win.

After the race Button admitted that while Hamilton was able to find speed in the car he was struggling with the car. Speaking afterwards he admitted that there were some setup issues that made him the only driver unable to make the harder tyre last throughout the race and that he has no idea how to solve the problems.

On the other side of the McLaren garage however Hamilton will take a two point lead over Alonso, who is a further point ahead of Vettel, into the next race in Valencia but after such an exciting opening seven races the path is set for a thrilling summer of racing as Formula 1 looks to maintain the momentum of this historic start to the season.