Posted on October 6, 2011 by Stephen English

Sebastian Vettel will retain his world championship this weekend with a solitary point and if the German can do so he will join the some of Formula 1’s legends such as Ayrton Senna, Mika Hakkinen, Alain Prost and Michael Schumacher as drivers to clinch a title at the fabled Suzuka circuit.

The Japanese venue has been home to some of the most explosive title deciders in history, the most notable undoubtedly being 1989 and 1990. In these seasons Senna and Prost went head to head for the championship and clashed both times with Prost taking the first title and Senna the second.

Their battles have been immortalised in the Senna movie, which coincidently was premiered at Suzuka last year, and while it is unlikely that this year’s world championship will be long remembered due to the domination of Vettel it is likely that the racing from this season will long be viewed as a time when Formula 1 returned to its roots and where wheel to wheel racing became the norm once again.

Vettel’s commanding lead should provide ample motivation for his rivals 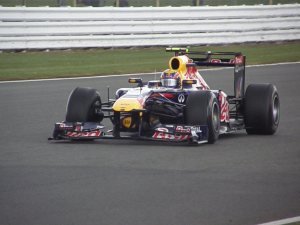 Suzuka has generally been a circuit where overtaking has been quite difficult. However this weekend’s race at Suzuka should provide the opportunity for overtaking and with the leading drivers all resigned to the knowledge that Vettel effectively has an unassailable championship lead there is little doubt that Mark Webber, Fernando Alonso, Jenson Button and Lewis Hamilton will all be supremely motivated to end recent run of success at Suzuka.

This is clearly a circuit that suits Vettel and Red Bull exceptionally well; the reigning champion has won at Suzuka for the last two years from pole position. But even with such a commanding lead in the championship it would be only human nature for Vettel to race with one eye on clinching the title and this could be the chink in his armour that might allow his teammate, Webber, to finally take his first victory of the season.

To do so Webber will need to finally get the better of his teammate off the start line. The Australian has struggled throughout 2011 to make clean getaways, he has lost 24 positions on the opening lap of races, and this has consistently left him struggling to fight back onto the podium throughout the season thus far.

The championship will be decided this weekend but for the leading lights there is still much to raced for as the season starts to draw to a close.

Suzuka features a unique figure of eight layout and is consistently ranked as one of the drivers’ favourite races of the year. With fast flowing corners that link immediately from one turn to the next it is easy to see why the drivers love Suzuka and also why it is such a test of both the driver and car.

Vettel’s thoughts on the circuit are echoed by the entire grid with the 24 year old saying: 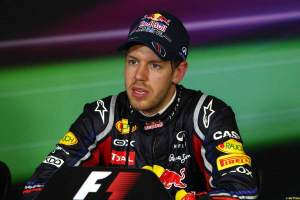 “Suzuka is one of my favourite tracks; it really couldn’t have been built any better,” said the championship leader. “The first sector up to the Degner Curve is the most spectacular and challenging of the whole season. The 130R is legendary; it’s great fun to drive straight through this left-hand bend.”

WithJapanstill recovering from the effects of the earthquakes and tsumami that hit theFar Eastin March this weekend’s race is another important milestone for the country to pass in their recovery. Coming just one week after Motegi hosted MotoGP it is clear thatJapanare eager to move on and continue their recover.

This was a point not lost on 2008 world champion, and former Japanese GP winner, Lewis Hamilton:

“This year, of course, we all travel to Japan extremely mindful of the consequences of the earthquake and tsunami that ravaged the country earlier this year,” said Hamilton. “I hope that the Japanese Grand Prix can successfully show the world that the country is strengthening and rebuilding itself after the terrible events of last March.

The Englishman has struggled at times this season while also coming under fire for his aggression on track but while he is now not as eager to speak his mind there is little chance of him making a considerable change to his on track behaviour. Hamilton is one of the world’s most spectacular drivers and while his 2011 season has been filled with unfortunate tangles with opponents there is little doubt thatHamiltonwill come through this patch and hit the form of his title winning season once again.

Suzuka is a circuit tailor made for Hamilton but there is little chance that his McLaren will be a match for the Red Bull in terms of outright pace.Hamiltonand teammate Button will have to rely on superior strategy and tyre preservation to have a chance of winning this weekend. 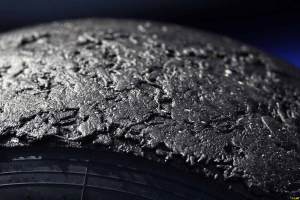 Suzuka is a circuit that places a tremendous strain on the tyres with huge loads being pressed through the tyres for almost the entire lap. With the opening section of the circuit seeing drivers flow from turn one all the way to the Spoon Curve that leads drivers onto the back straight there is no opportunity for the drivers, or the tyres, to breathe and as a result Suzuka is consistently one of the circuits on the calendar with the highest tyre wear rates.

With Pirelli taking the soft and medium tyre compounds to Japan, the same combination we saw in Germany and Belgium, it is clear that the watchword of the weekend will be the medium compound tyre.

Strategy will be dominated by minimising time on the prime tyre 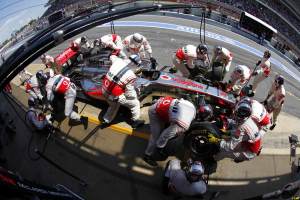 Tyres have dominated strategic decisions throughout the season and this weekend’s race will be no different with three stop strategies set to be the norm at Suzuka.

Drivers will start the race on the softer option tyres (the yellow ringed soft compound rubber) and will do their best to leave as little time as possible on the harder medium compound tyre that they will finish the race on. With an expected 1.3s time difference between the compounds it is clear that a long final stint will not be attempted by anyone bar the Saubers and Force India drivers who can utilise their cars impressive tyre management to make a stop less than their rivals.

Sauber look primed for a strong race this weekend as they will surely use a two stop strategy for their drivers. Hometown hero Kamui Kobayashi will be eager to score points in front of his home crowd once again following his superb showing last year where he made numerous aggressive overtaking moves to finish seventh. The Japanese driver has had an impressive 2011 season with his teammate, Sergio Perez, also making full use of the well packaged Sauber which will have its final upgrade of the season this weekend.

“Suzuka is an exciting and technical track, with many high speed corners and a mix of very technical low speed corners, and it’s also the only track with a figure of eight configuration,” said Key. “It’s always something special for our team to go to Suzuka with Kamui as our driver, as we get a lot of extra support. Suzuka is a very challenging track, and both our drivers have shown in the past that they are particularly competitive on demanding circuits. Kamui drove a brilliant race last year in Suzuka with spectacular overtaking. Sergio only knows the track from the simulator, but I have no doubt he will also be strong.

Suzuka is a circuit dominated by medium and high speed corners and as a result a high downforce configuration is needed. This plays straight into the hands of Red Bull who can avail of using a lower wing setting due to the inherit downforce created by their car. This will allow Vettel and Webber to have a higher top speed and therefore optimize their DRS settings for both qualifying and the race. With a higher potential top speed the Red Bull’s should be well placed in their quest to continue their 2011 domination of qualifying.

Pirelli’s Paul Hembery was keen to talk of the challenges provided by the Japanese venue while also paying note the tragic events of earlier in the year:

“After what has been a devastating year for Japan, we are very pleased to be showing our support for the country and coming to the Japanese Grand Prix, on a circuit that all the drivers love,” said the Englishman. “Suzuka is all about putting power down effectively in order to obtain maximum grip in terms of traction, braking and cornering.

“There’s a lot of energy and lateral load going through the rubber, so once more it is going to be important for all the drivers to manage their tyres effectively, because of the speeds involved and a high-downforce set-up that pushes the tyres onto the road surface. We are likely to see our very first P Zero-equipped world champion crowned at Suzuka this weekend, so it’s a race that is set to go down in our history. The combination of soft and medium tyres has produced several close finishes in the past, as there is not a hugely different level of degradation between these two compounds. All the ingredients are in place for a memorable race.”

With Suzuka situated close to the coast there is always the potential for rain during the course of the weekend but the local forecast has said that there will be clear, blue skies with temperatures in the low to mid twenties throughout the weekend providing near perfect conditions for this weekend’s race.