Analysis from the opening two days of WSBK action from Assen

Even though Carlos Checa took another pole position in today’s Superpole session there is clear evidence that the championship leader could face stiff competition as he seeks to maintain his near perfect start to 2011.

The Althea Ducati rider has been the fastest rider throughout the weekend but surprisingly Jakub Smrz has been able to match Checa stride for stride. The data from practice and qualifying shows that Checa has, on average, been just 0.036s faster than his Czech rival. The data is slightly skewed by Checa having completed significantly more laps than Smrz, 65-49, but it is interesting that Smrz has completed a significantly higher proportion of fast laps in the opening two days of action. 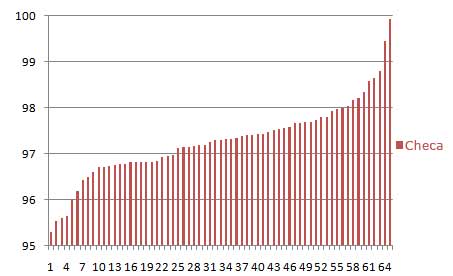 Looking at Checa’s lap times from the opening sessions it is clear that he has found a fast setup but also a consistent one. His high number of laps around 1m37s clearly shows that he has a consistent handling bike and one that he is very confident with around the fast and flowing Assen circuit. As has been the case throughout the season thus far Checa has spent more time on track than his rivals and as a result he should a much greater understanding of how the bike will react throughout longer stints.

At the last round in Donington Park Smrz showed that he had the speed to challenge for a race win but his inability to maintain the life in his tyres ended his hopes of taking a victory. This weekend he has spent more time on track to try and understand how his tyre evolves during a race stint but it remains to be seen if he can translate his undoubted speed into a consistent race. This is a problem that has blighted Smrz throughout his career but it is encouraging that he is so close to matching Checa’s times and as a result he should not be discounted tomorrow. 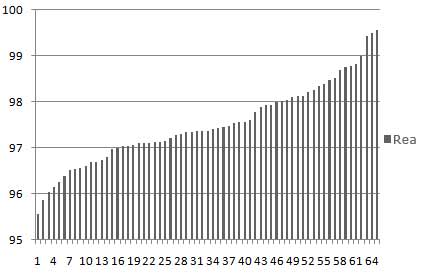 Irish riders Jon Rea and Eugene Laverty have been the closest challengers to Checa and Smrz. The pair has been two tenths off the pace but both have shown good pace on longer stints with Laverty particularly impressive this morning. Last season Rea waltzed away from the pack to take a double victory in Assen but if he is to replicate that feat this weekend, and kick start his title campaign, he will need to get off to a quick start otherwise Checa and Smrz could open too big a gap.

While Rea and Laverty will feel confident of challenging Checa and Smrz for the win there has been a large gap between the leading four riders and Leon Haslam, Leon Camier, Tom Sykes and Nori Haga. This quartet has been almost 0.4s off the pace but it is interesting that they are consistently faster than Max Biaggi and Marco Melandri.

The Italian’s have struggled all weekend but it would be unwise to discount them because they will be able to get the absolute maximum from their bikes throughout the race whereas riders like Haslam generally struggle to match the consistency of the ex-MotoGP riders. This will one of the biggest challenges that Biaggi will face, a cursory look at his practice form shows just how much he has struggled throughout the weekend. 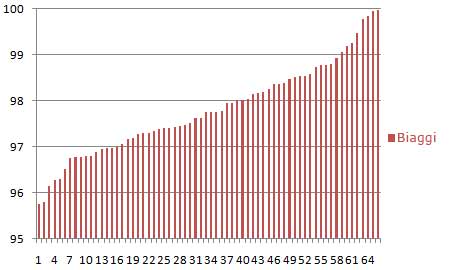 The reigning champion has had some fast times but the majority of his lap times have been considerably off the pace. It will be crucial for Biaggi, and the similarly struggling Melandri, to make a good start because if they can get into a wheel to wheel battle with other riders they will be in with a great chance of finishing in the top five even though their performance over the weekend would do well to merit a top ten finish.

From the opening days of action it is clear that, once again, the battle at the front will involve Checa but Smrz, Rea and Laverty are all in close contention to challenge for the victory.